Some sketches from yesterday

I reworked the curlew sketch and added watercolour, and did another of one of the House Swifts from yesterday. Here they are. 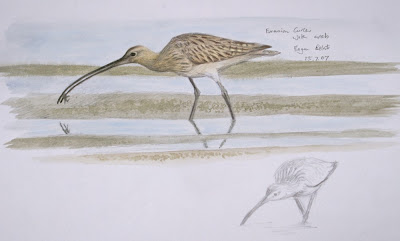 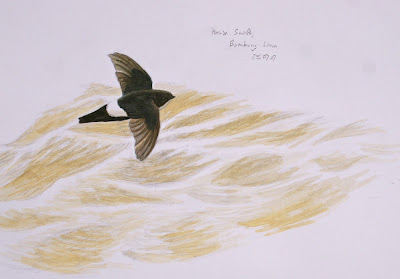 Posted by digdeep at 6:56 pm No comments:

Work and wet weather have put a stop on my birding exploits since returning from Sabah, but I've managed to get out a couple of times just lately, to check out whether the waders have started to arrive yet.

A visit to the Tanjung Tokong site on July 3rd revealed 17 Whimbrel, 14 Common Redshank and 4 Little Egrets, all over-summering birds I would guess.

Then, on the 15th, I joined a MNS bird group visit to Teluk Air Tawar up to Kuala Muda, across on mainland Penang. We found a total of 17 Eurasian Curlews (+4 other unidentified curlews), 1 Whimbrel and 3 Redshanks, but again, these were probably over-summering birds. There were a few Barn Swallows about, and three Common Terns offshore at Kuala Muda, and these were more likely returning migrants. 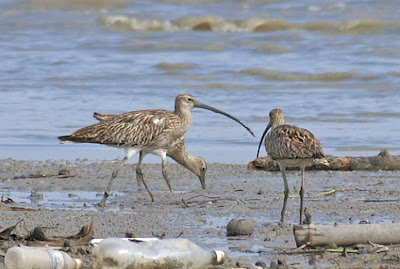 The very long-billed bird just right of centre is probably a female. 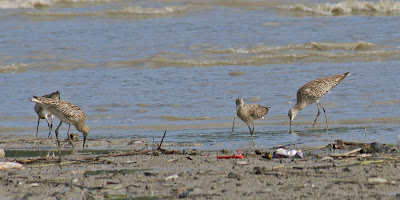 There's quite a size difference between the two birds on the right. The smaller bird is probably a male. 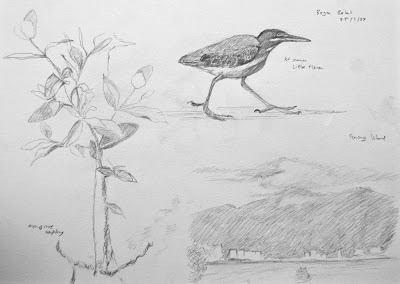 I took my pencils with me and did a bit of sketching for the first time in ages. These are a Little Heron, a mangrove sapling, and a view of Penang Island across the strait. 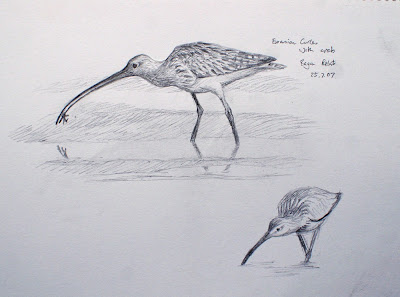 And a couple of attempts at the curlews.

The flow of the Sungai (River) Muda is regulated by a large weir just inland of the coast. This has become the site of a nesting colony of House Swifts, with a few swiftlets mixed in.

We witnessed the tragic sight of one of the House Swifts misjudging the flow of the water as it dipped down to drink, and it ended up literally 'in the drink'! It appeared to be able to make some headway in the water by flapping its wings, but the water was turbulent, and seemed to be sending in round in circles. As we watched this, some fisherman handed us another House Swift that they had rescued earlier, so apparently this is a regular occurrence. The bird was wet through and exhausted but apparently otherwise unharmed. I left it in my car to dry out, and when I took it out half an hour later, it flew off strongly. 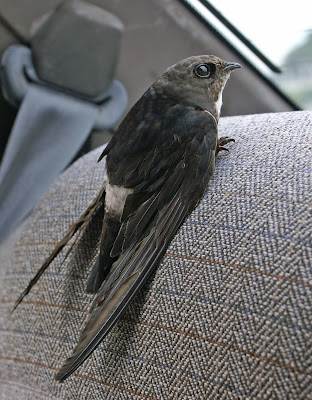 Drying out on the back seat of my car! 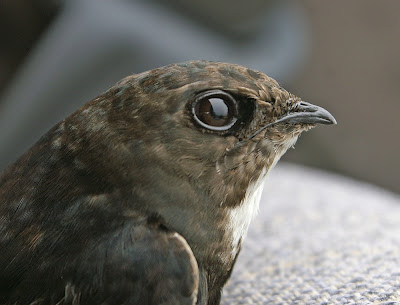 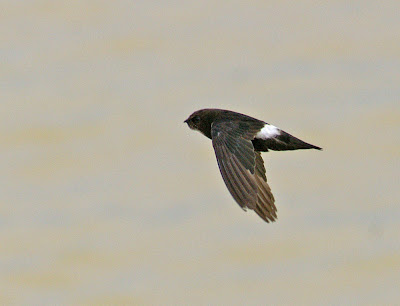 Many swifts could be seen to have a bulging throat, presumably full of insects being collected for the nestlings. 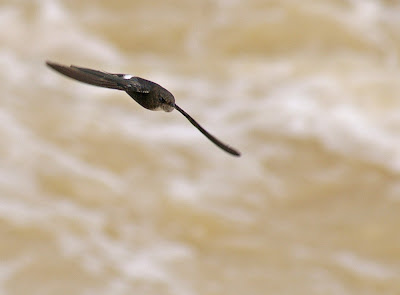 Another bird with a mouthful! I took these pictures by pre-focusing my camera and waiting for the birds to fly into focus. Of course I deleted many more than I kept, but the joy of digital is that you can afford to do this! 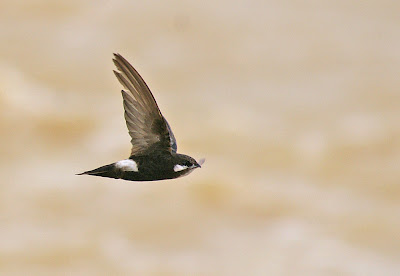 Quite a lot of birds were carrying feathers, always white feathers rather curiously. I wondered where they got these feathers from - some local chickens nearby perhaps? Also, from the number of birds carrying feathers, I got the impression they weren't just carrying them straight to the nest, but kind of parading around with them, as if they were part of a display or courtship ritual. 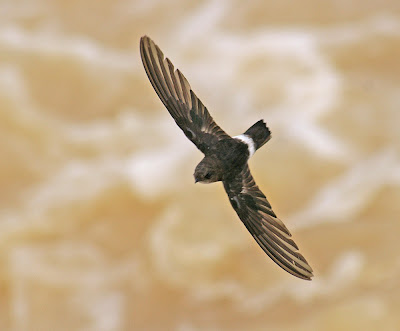 Almost all the birds were in both wing and body moult. This bird is missing most of its greater coverts. We can also see that it has completed its secondary moult, and has started primary moult - the inner three on each wing are new. Notice how worn the old outer primaries are. 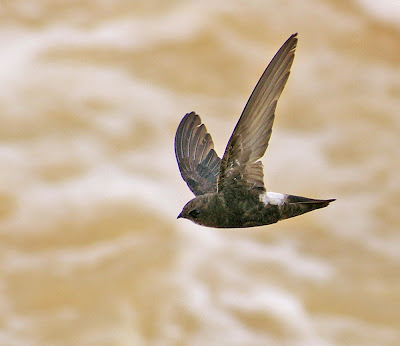 Here's a view of the underwing. On the far wing we can see the newly moulted, blackish inner primary coverts and inner three primaries. The fourth, not yet half grown, is just visible. The rather mottled body colour is caused by a mixture of old, brown feathers and new, blackish ones. 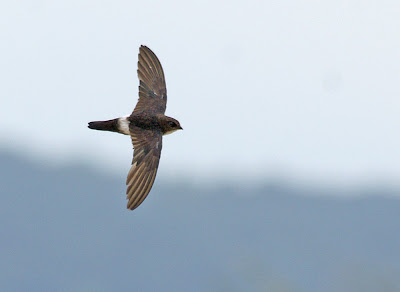 Another bird at a very similar stage of moult. 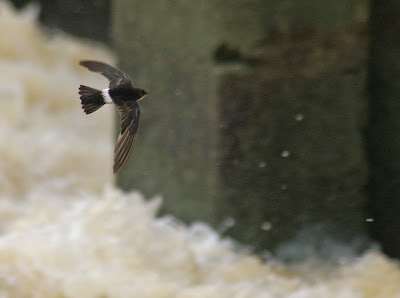 This view shows how close the birds come to the foaming water. Accidents will happen! 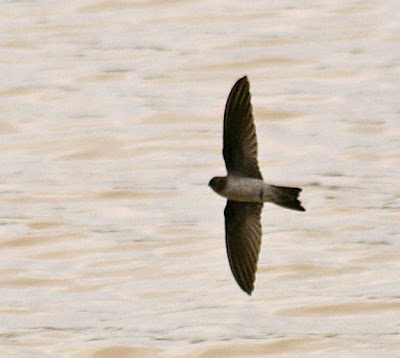 A view of the underbody of a swiftlet. Swiftlets are far less common at this site. There are a couple of species this could be - Black-nest Swiftlet or Germain's/White-nest Swiftlet, depending on your taxonomy! Unfortunately they can only be safely identified at the nest or in the hand!
Posted by digdeep at 4:59 pm 1 comment: