Our last full day in Brisbane. In view of the long drives on the following 2 days, we elected to give Lamington National Park a miss and go to Mount Glorious instead, which has many of the same species but is much closer to the city. I was sorry to have to do this, as Lamington is a place I really want to see, but we would not have been able to do it justice in the short time we had available, so we will have to postpone our visit to another trip.

On the way up we stopped at a small wildlife park, which had a number of native animals and birds in pleasant enclosures, and it was a treat for the kids to get such close views (not to mention a temptation for the photographer!). Outside the centre a (wild) Australian Brush-Turkey was carefully tending its nest-mound. These amazing creatures are relatives of mallee-fowl and megapodes, which build mounds in which to incubate their eggs. The head is bare of feathers so that the bird can accurately gauge the temperature of the mound by sticking its head into the earth. If it is too hot, it will kick away earth from the top of the mound, while, if it is too cool, the bird will add debris to the mound to increase the temperature. The powerful kicking of this male bird sprayed us and the entrance to the visitor's centre with dry earth and sticks! 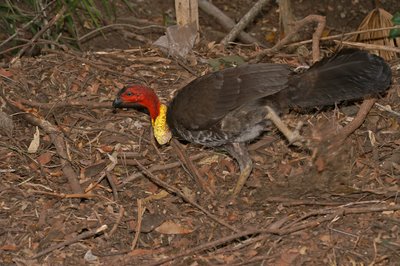 The Brush-Turkey in action! 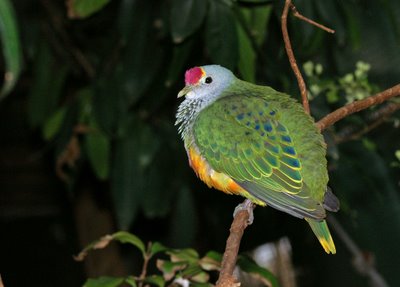 Purists look away! We never got a view of a Rose-crowned Fruit-Dove in the wild, but this is what one would have looked like if we had! 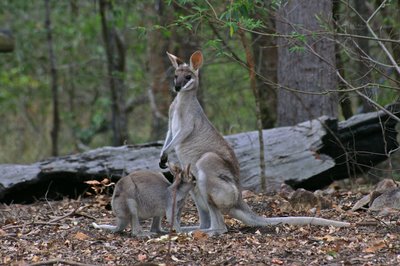 This was a rather attractive scene in the large wooded enclosure at the back of the park. Not sure which species this is.

Near the top we stopped at a tea room where they have several bird feeders at the back, and we were treated to a dazzling array of avian visitors during our lunch. 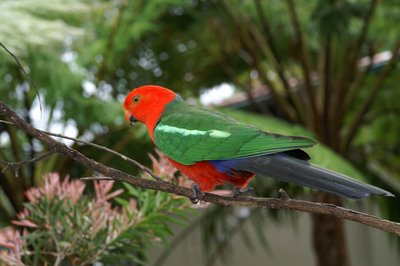 King Parrots were constantly present at the feeder. 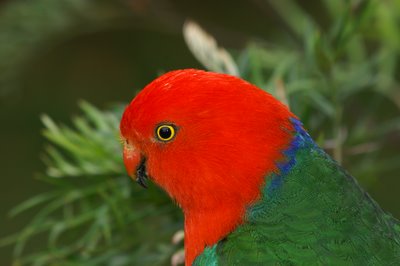 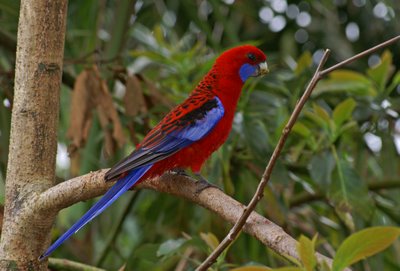 This Crimson Rosella was a little shyer ... shier?... more shy! 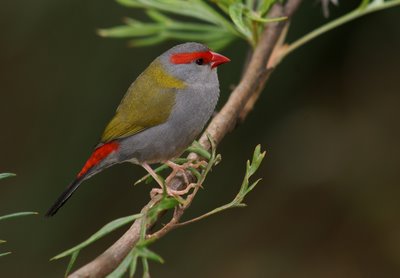 A stunning Red-browed Finch - one of a party that came to the feeders. 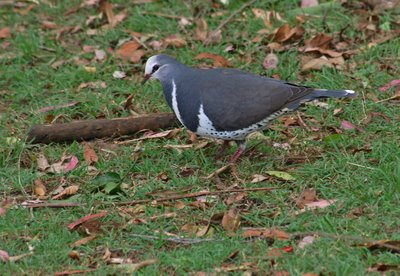 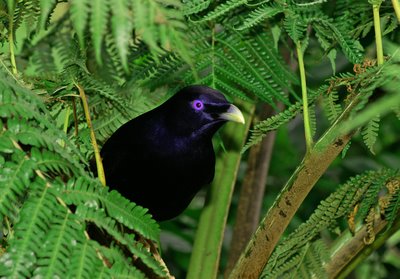 This Satin Bowerbird, on the other hand, came impertinently close! 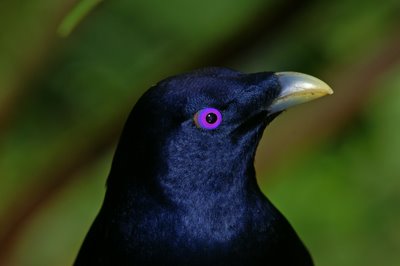 But we forgave him because of that beautiful mauve eye!

We took a couple of short walks along trails into the forest, and found them quite birdy. In particular, I was chuffed to get several views of Logrunners, which reminded me very much of the wren-babblers in Asia. 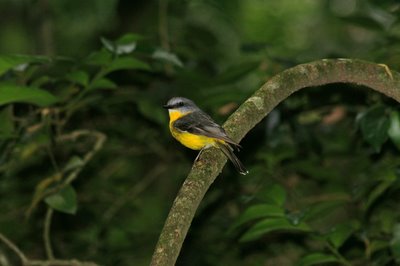 An Eastern Yellow Robin - the common forest robin on the east coast. 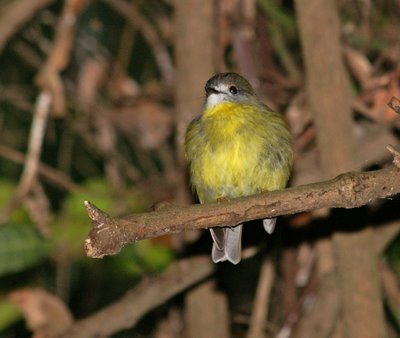 A Pale-Yellow Robin, which we saw only here. They seem to be totally spherical, from whichever angle you look at them! 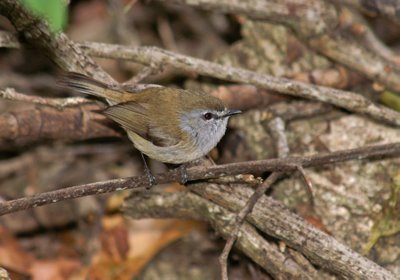 The confusingly-named Brown Warbler isn't a warbler at all, but a gerygone. They are usually above head height in the canopy, so this was a rare chance to get a good view. 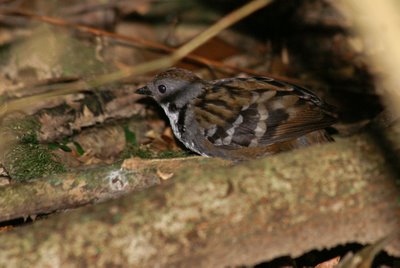 A definite YEE-HAA! moment when this little fellow was spotted shuffling around in the undergrowth. A male Logrunner. 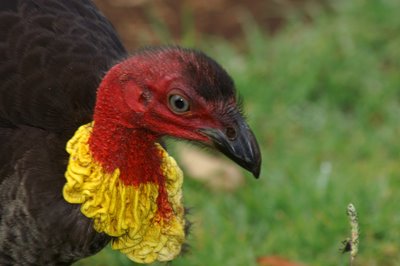 A face only a mother could love! Another Brush-Turkey to finish off with.
Posted by digdeep at 6:31 pm