I went to get a hide put up today at Site A. It was quite an experience! First I got a lift with a JCB driver up to the dump, where we held our noses and pulled four pallets out of the mountain of rubbish. We loaded these on the JCB and then drove out onto the site, where the driver helped me put up the hide. Another JCB came out to see what we were up to! I was frequently asked if I was making a movie for Discovery Channel!

Siting the hide was quite difficult, since the water level is constantly changing. Each day a pump forces water out, but, at the moment, the frequent rain more than makes up for whatever is pumped out. 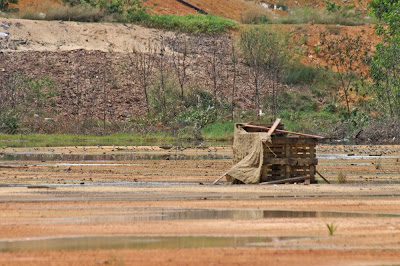 A view of my hide. At high tide I was happy to see good numbers of birds arriving. This was the first time I was able to confirm that the area is used as a high tide roost.

About a thousand waders and terns roosted at the site today. The commonest species by far was Lesser Sand Plover, with about 650 present. It's still early in the season, so the diversity of species is still quite low. 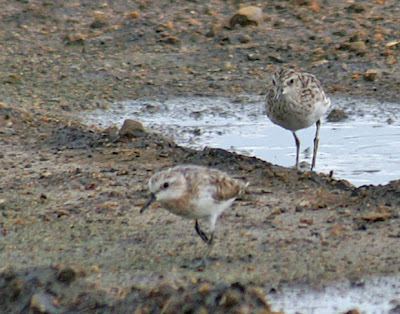 Long-toed Stints are quite common, and very aggressive! This one is seeing off a Red-necked Stint. 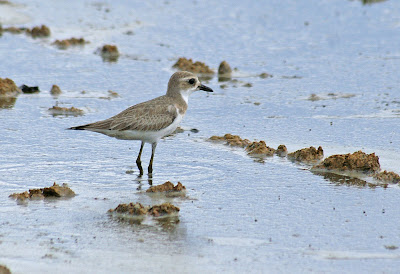 There were a few Greater Sand Plovers about; this one is in nice fresh winter plumage.

Here's a composite of both Sand Plover species in flight (Lesser on the left).

The Greater Painted Snipe's nest was empty, and there was no sign of chicks, so it may have been predated. I found another nest with one egg, so presumably there are more to come. Again, good numbers of painted snipe were in evidence today. 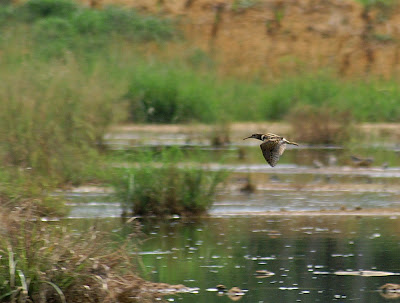 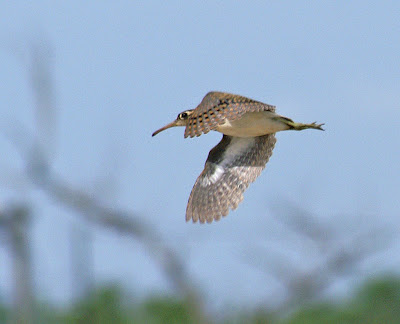 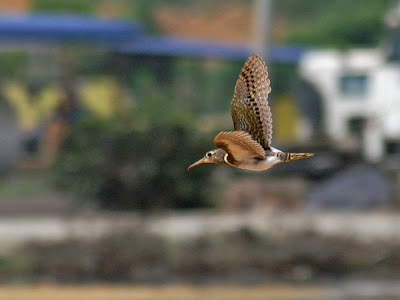 i am from nibung tebal. where is this place? what is a jcb driver?
Is the smell very bad here until you vomit?