We were at the Waterfall before dawn, but unfortunately there was no whistling thrush there to greet us. 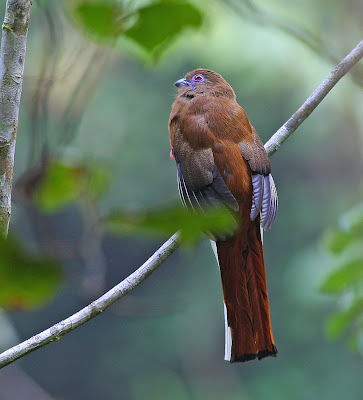 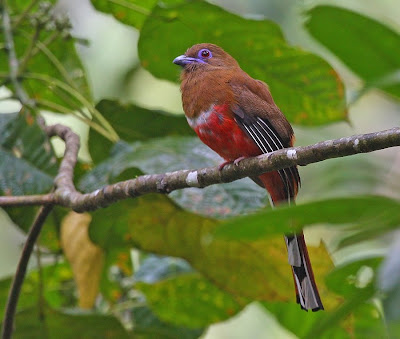 Some distraction was provided by a female Red-headed Trogon which spent most of the morning around where we had set up our ringing station. 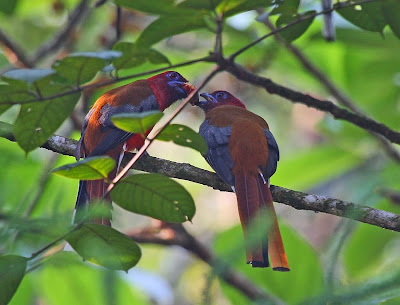 Later we came across an extraordinary party of five birds, which we assumed were a pair with three juveniles, although no apparent juvenile plumage could be seen. Even more peculiar was this behaviour of two of the birds - an adult male feeding another apparently adult male bird! 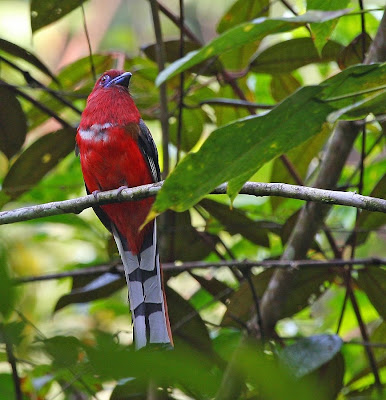 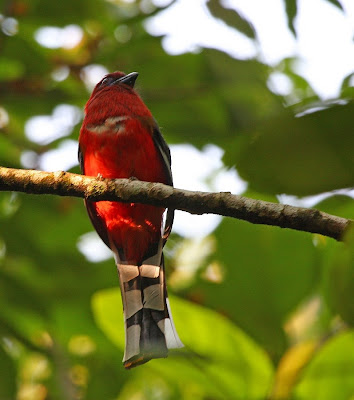 The party stayed together throughout the two days we were present at the site, inciting several non-birding picnickers to comment on the 'pretty red birds'! 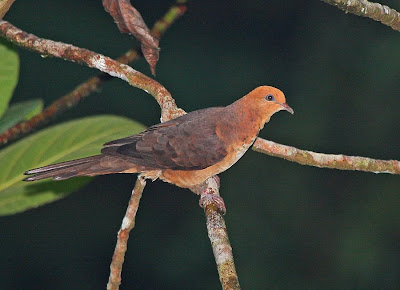 This male Little Cuckoo-Dove was another early morning visitor to the trees around our ringing station. 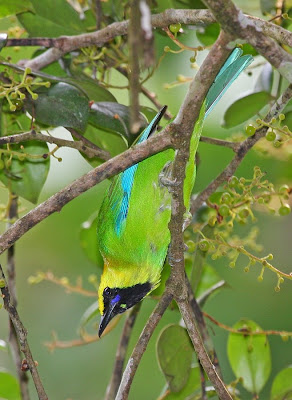 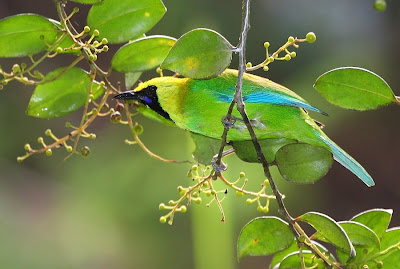 A short distance away, a fruiting tree attracted a variety of birds, including Blue-winged Leafbirds... 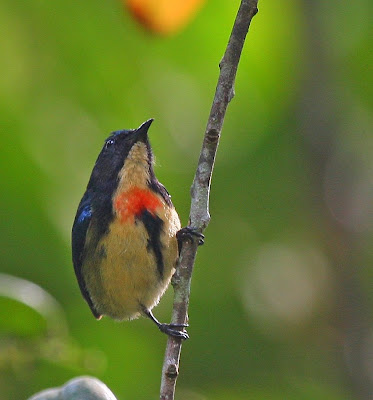 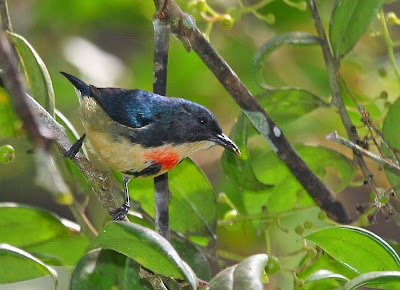 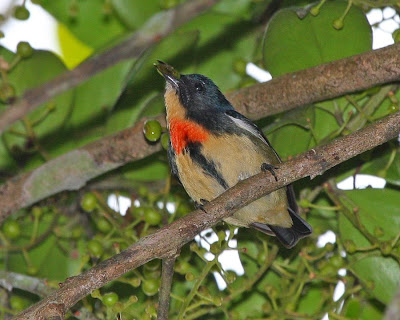 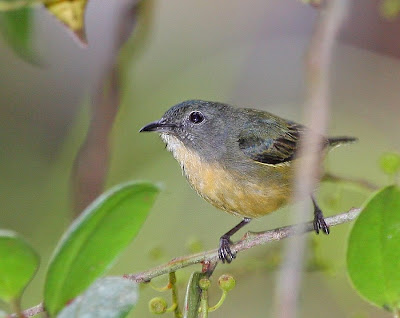 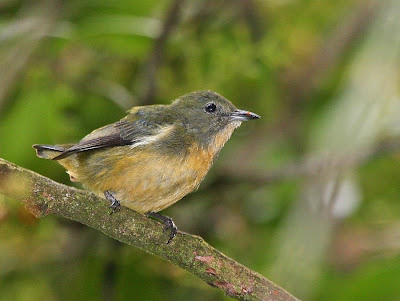 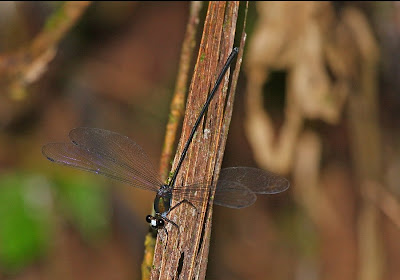 After closing the nets in mid-morning Muin and I worked our way slowly up the road, listening for Marbled Wren-Babblers at promising looking ravines. We drew a blank on the babblers, but saw several of these attractive Echo modesta damselflies. 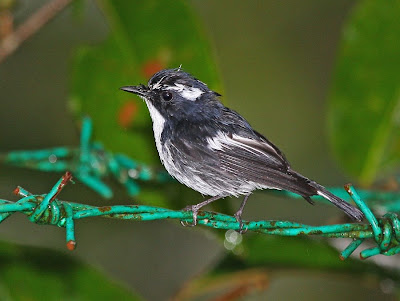 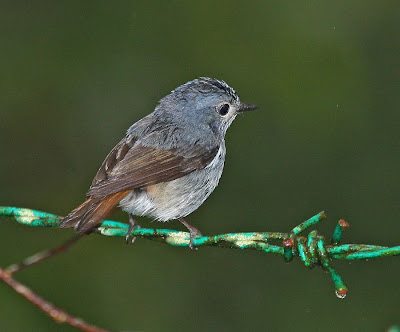 The start of the Bird Race was greeted with torrential rain, which sent all but the most dedicated back to their digs. No such luxury for this pair of Little Pied Flycatchers!

In the late afternoon I returned to Jeriau to open the nets again, while the other team moved the nets from the top gate of the old road to a couple of streams on the new road. Once again we drew a complete blank. Even the Jeriau Blue did not put in an appearance! 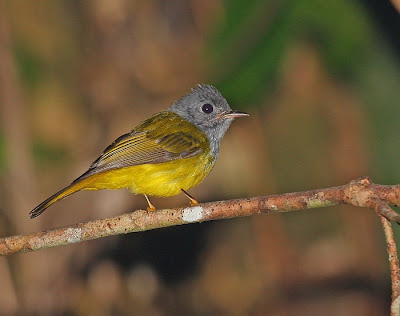 A Grey-headed Canary Flycatcher turned up at dusk to hawk for moths in the gathering gloom. 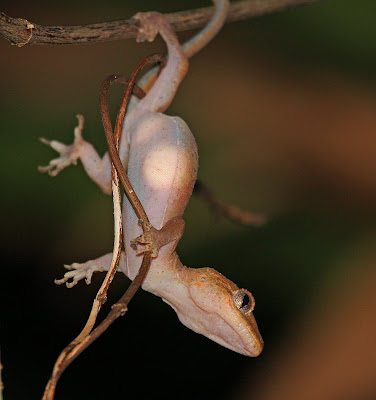 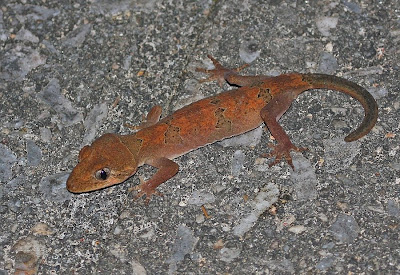 On the way back to our vehicles after dark, we came across this 'gravid' Cyrtodactylus elok, which goes by the amazing English name of White-eyed Bent-toed Gecko! Gravid means it's pregnant apparently. You can see two eggs beneath the skin. Thanks to Muin for educating me! 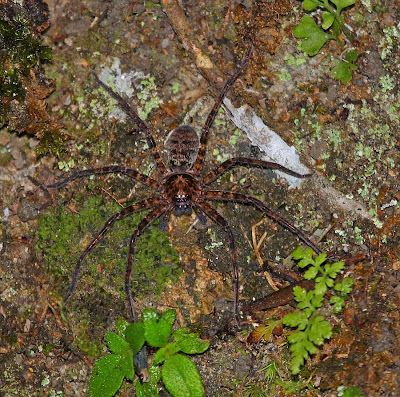 After dinner I took out a party of people anxious to see the owl. Unfortunately we only got glimpses of the bird in flight this evening. I did manage to snap this wolf spider though.
Posted by digdeep at 1:39 pm