When the skies looked clear this morning I made plans to take a half day off to get to the roost again!

However, by the time the waders arrived, so had the rain, though it wasn't quite of the magnitude of yesterday's deluge. Today there was probably only about half the number of birds compared to yesterday, and the variety was correspondingly lower. 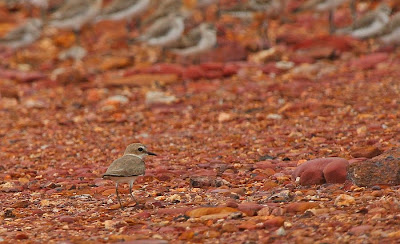 The one new bird was this Kentish Plover, which put in a brief appearance. 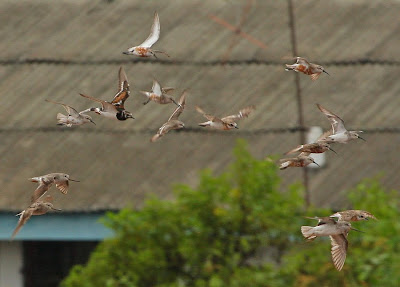 The Ruddy Turnstone was still around, and so was the first summer Little Stint, but the dowitchers and other larger waders didn't appear today. They were probably able to roost in the mangroves or on uncovered mudflats, as the tide was not so high today. 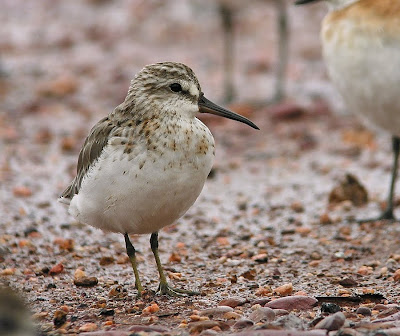 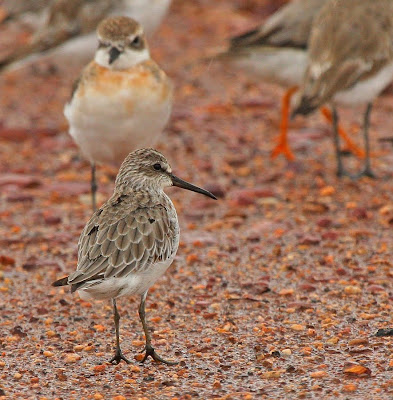 Yesterday I had failed to get any decent Broad-billed Sandpiper shots, despite there being plenty of them around, so I tried to remedy that today. 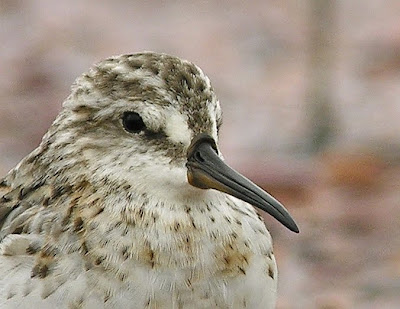 I wonder what the function of that extraordinarily long nasal groove is? 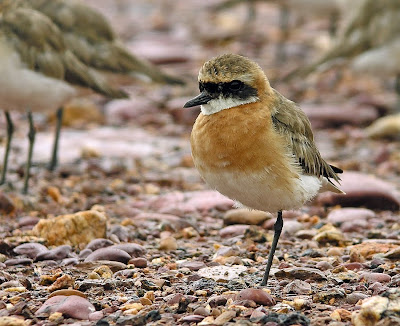 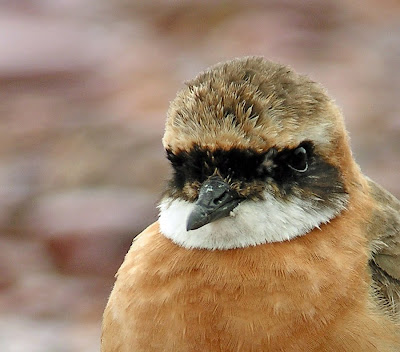 Lesser Sand Plovers make up about 70% of the whole flock, and there are still some males in nice breeding plumage. 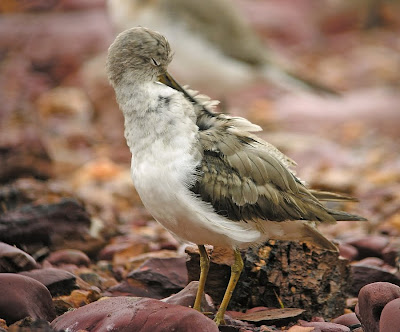 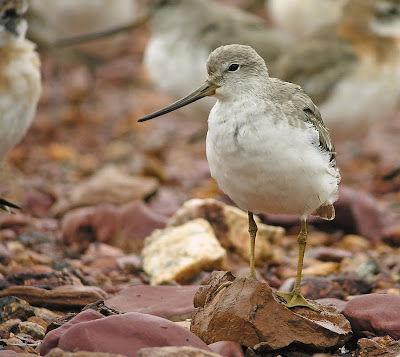 The plumage looks very moth-eaten, and the legs are a rather dull yellow, compared to ... 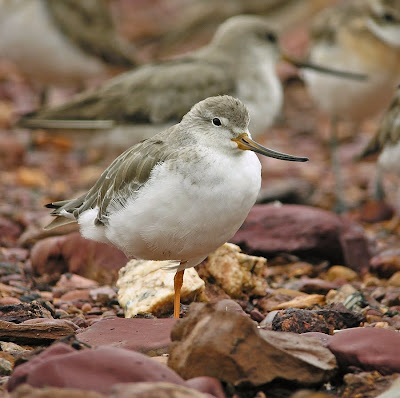 ...this pristine adult in fresh non-breeding plumage. Check out those orange legs! 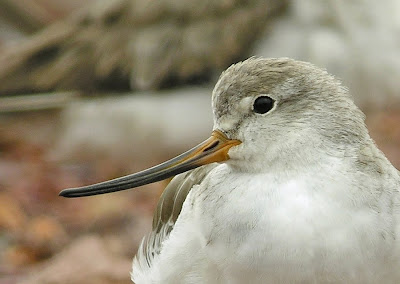 The colour on the bill is much brighter too. 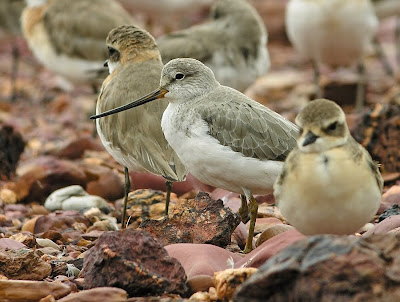 Not sure about the age of this one. It's certainly in fresh non-breeding plumage, but the legs are quite dull compared to the bird above. 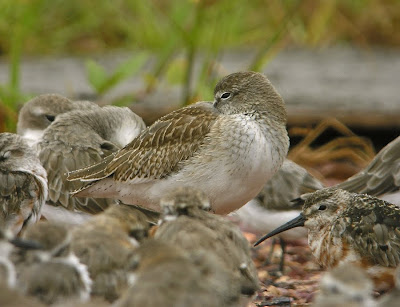 ...and an adult still in breeding plumage - somewhere in there! 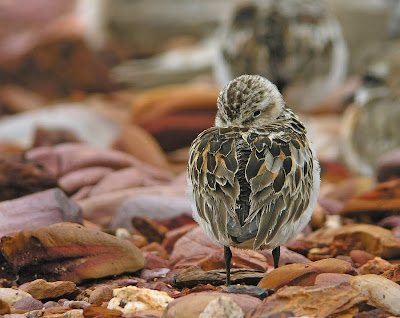 A great illustration of the effects of feather wear. The pale areas of the old feathers have worn almost completely away, leaving only the darker feather centres and a very ragged appearance. Compare these with the neat, paler-edged fresh non-breeding scapulars emerging on the right hand side. It's an adult Red-necked Stint by the way! 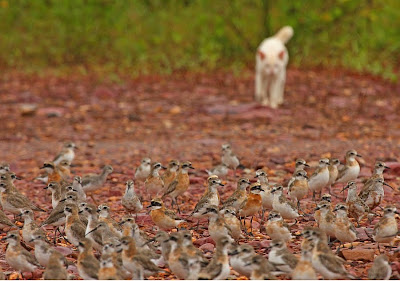 On the menu! It's sad but true that migratory waders can never really relax. Wherever they go they are a gourmet treat for a wide variety of predators, from domestic cats to man. Yesterday as I was photographing the waders, they suddenly took flight, and a large piece of wood went sailing across my viewfinder. I looked up to find a man had just thrown the wood into the midst of the flock. When I asked him 'Why?', he grinned sheepishly and said he was hoping to kill a few for the pot. Of course, it's normal and natural that waders form part of the food chain, and they have their own natural predators. But against the onslaught of pressures from hunting to habitat destruction, they aren't doing too well in Asia. Declining populations point to exploitation that is way beyond sustainable levels.
Posted by digdeep at 11:40 pm

Were these also from the car? So nice to get so close up. Lovely shots of the Broad-billed SP and the Terek......I have yet to find a proper area where I can drive up the the shorebirds. It is also very muddy and easy to get stuck with the car.

Looks like you found your waders. More like they were actually waiting for you. Great discovery and nice shots.

Yup, all pics from the car.