I again set up the hide at the whistling thrush site, and this time the bird obliged. Unfortunately, the early morning fog made using the flash tricky (the flash bounces off the mist, creating a milky effect). Also, I find that the flash creates very unnatural colours with a bird as irridescent as a whistling thrush. 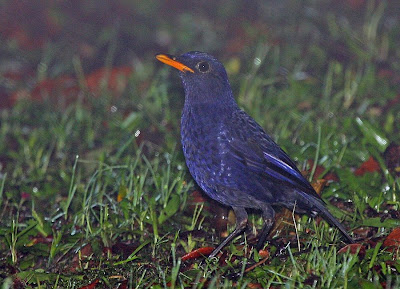 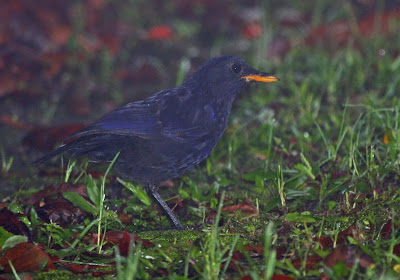 Here are a couple of efforts with the flash. These show shiny blue lesser coverts and forehead which enable it to be identified as a Malayan Whistling Thrush. Notice also the bluish edges to the secondaries and lack of shiny spots on the throat or median coverts, and small bill and head relative to Blue Whistling Thrush. 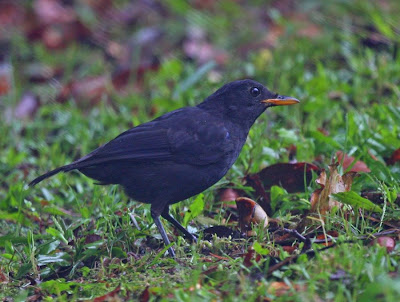 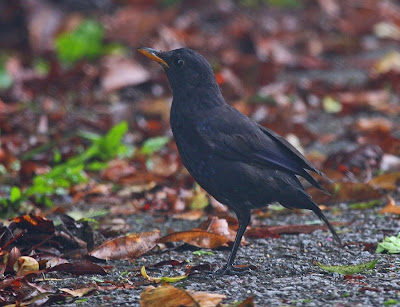 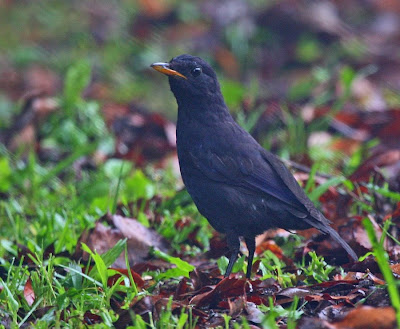 These shots, taken using natural light and a very slow shutter speed, give a more realistic idea of colour. Neither the lesser covert patch nor the shiny forehead are always visible, and a better way to eliminate 'dicrorhynchos' Blue Whistling Thrush may be the smaller bill and head proportions (compare these pics with these (and scroll down to 29th Feb), taken in the Cameron Highlands of a bird which is probably 'dicrorhynchos' Blue. 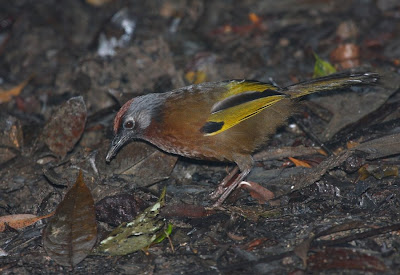 A sucker for punishment, I again spent two fruitless hours at the pheasant spot, although I did manage to photograph this Chestnut-crowned Laughingthrush. 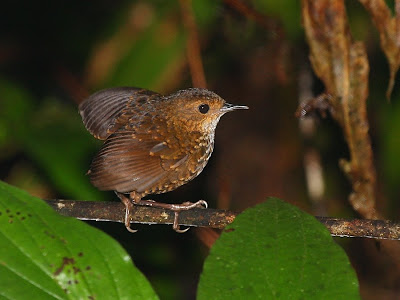 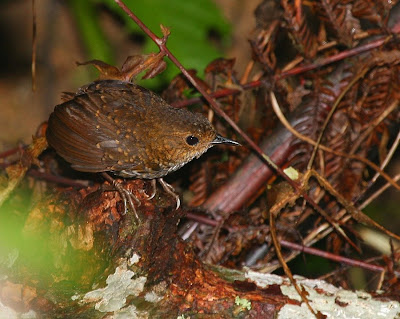 A quick visit to Jalan Mager produced a very obliging Pygmy Wren Babbler, as well as another whistling thrush (calling only), a small party of Bay Woodpeckers and a Red-headed Trogon.

Bishop's Trail was again in fine form, with Red-headed Trogon, Pygmy Blue and Rufous-browed Flycatchers, Greater Yellownape and Blue Nuthatch seen, and, best of all, a party of three Large Scimitar Babblers. 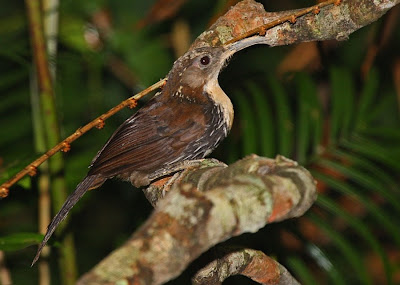 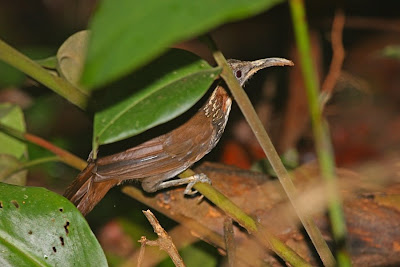 These were incredibly furtive and difficult to get a clear shot of. The only thing that helped me was the fact that the three birds would follow each other, choosing the same perch as the previous bird. I managed to get these shots by focusing on the branch that the previous bird had landed on and waiting for the next one!

At dusk I went down to the Gap in the hope of photographing Malaysian Eared Nightjar. Unfortunately the clouds descended into the valley, cutting visibility down considerably. 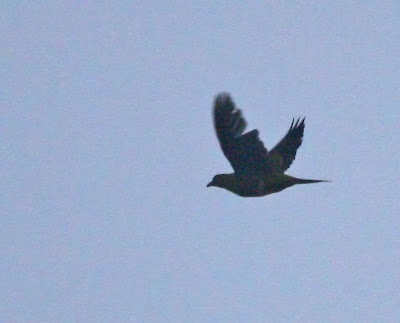 I got a lucky couple of shots of a Yellow-vented Pigeon flying to roost. 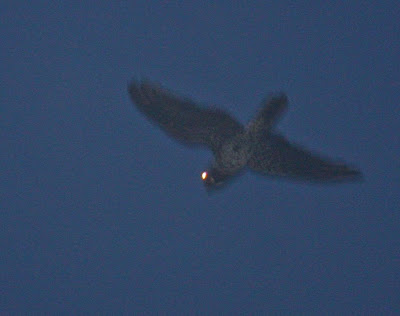 Several Brown-backed Needletails whizzed overhead, and finally, a pair of Malaysian Eared Nightjars flew over once, heading up the valley, not to be seen again. 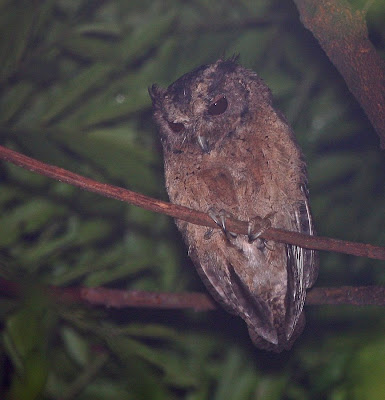 This Collared Scops Owl gave good views in the mist.
Posted by digdeep at 1:10 pm