I seem to be fighting a losing battle maintaining this blog at the moment! While I still have some memory of events, here's my final day's crop of pictures from BRL.

Wang Kong took Fred Sheldon and Dennis Ikon to look for Blue-banded Pitta. However, since I didn't fancy the steep climbs that would be involved, and have already had good looks at Blue-banded Pitta this year, I opted to try the trails around the access road. In making this choice, I later found I had missed great views of male White-tailed Flycatcher and Cinnamon-rumped Trogon, and numerous calling Bornean Wren-babblers, but you pays your money you takes your choice! 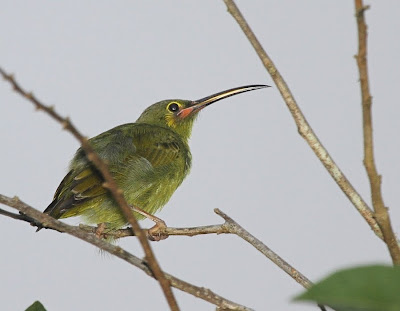 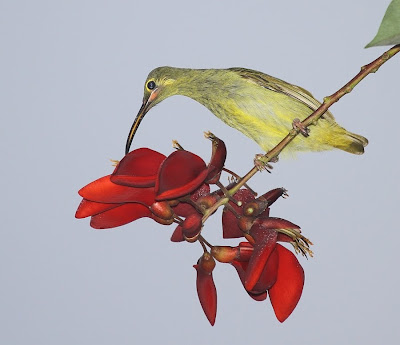 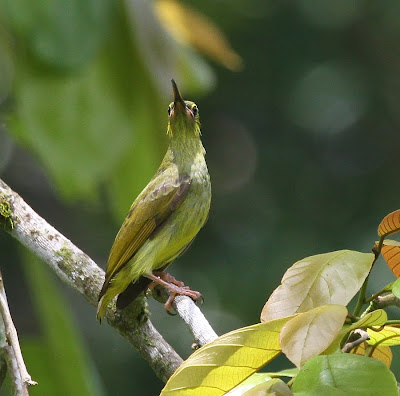 It was the Yellow-eared Spiderhunters' day on duty at the Indian Coral tree!

Apart from differences in the thickness of eye-ring and extent of yellow on the ear coverts, the main difference between Yellow-eared (left) and Spectacled (right) is in the length and shape of the bill (straighter, longer and thinner on Yellow-eared shorter, thicker and more decurved on Spectacled). This is a useful difference in view of the fact that both species are usually viewed from below, often against strong light, when subtler features are tricky to see. Yellow-eared also has a lightly streaked breast, a clearer yellow central line down the underparts, and a yellow line along the cutting edges of the bill (not sure if this is true in all plumages). 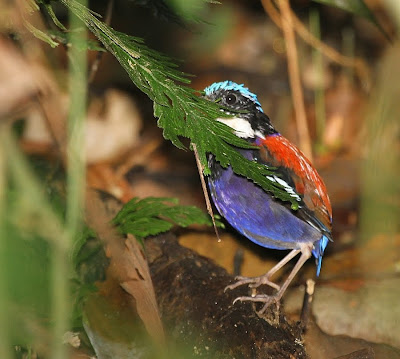 My main goal today was to get some good images of Blue-headed Pitta. I almost succeeded but was frustrated by an irritatingly-positioned leaf! This was the only bird which gave good views, and it was mostly in thick cover (true to form!). Oh well, something to come back for!

No such problems with a pair of Striped Wren-babblers which were feeding on the trail. 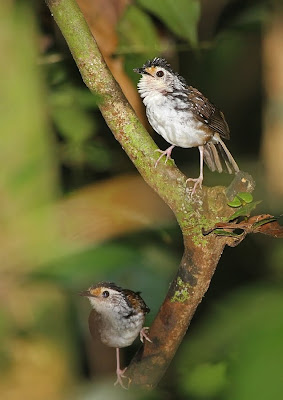 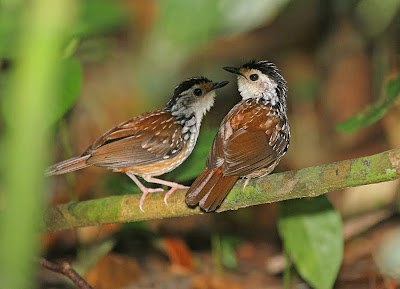 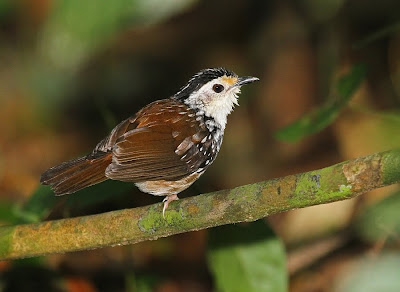 The more I use flash the less I like using it, which is a challenge or someone who also doesn't like carrying a tripod! 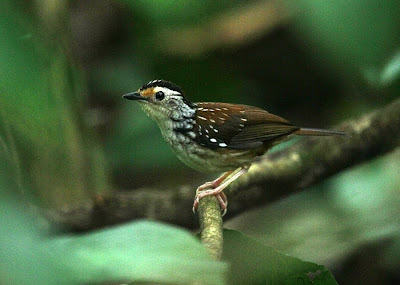 My best effort using natural light - the colours are so much better, even though the image is rather noisy. 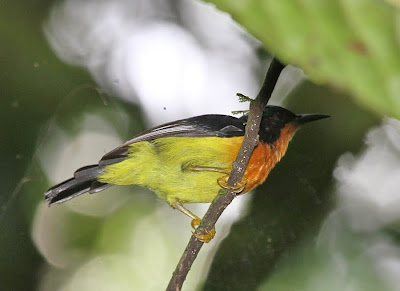 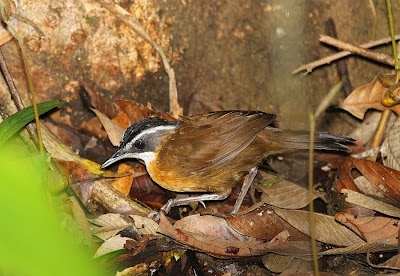 Babblers - don't get me started again! There are two races in Borneo, both of which look and sound different from the race in the Peninsula. This is 'capistratoides'.

The following morning I left for the airport at 4.30am, which meant I had my own personal night drive! Best mammals seen were two herds of Bornean Pygmy Elephant (10 and 5) on the road. The sound of the females trumpeting in the dark forest was a memorable one, and a fitting conclusion to the whole trip.
Posted by digdeep at 8:59 am