I can hardly believe that my last visit to this area was 15 August! Whatever happened to the autumn?

This trip was a brief 'twitch' to try to see a pair of Japanese Paradise-flycatchers seen at the weekend and the 6 Ruff which had been around for a few days.

My first stop was Teluk Air Tawar, where the only flycatcher in evidence was this Asian Brown. 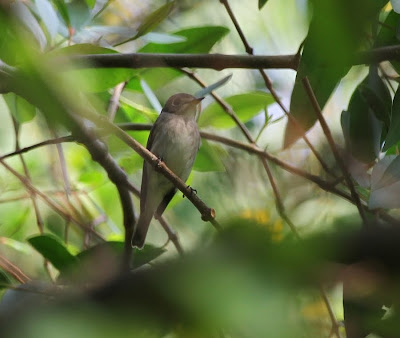 Many Asian Browns in fresh plumage have a slightly streaked upper breast, which can cause confusion with Brown-streaked for the unwary. 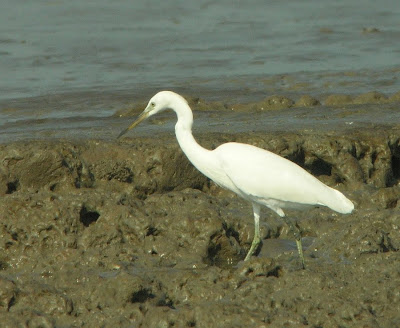 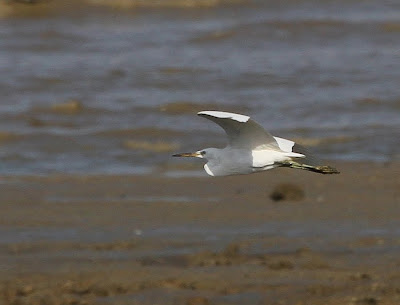 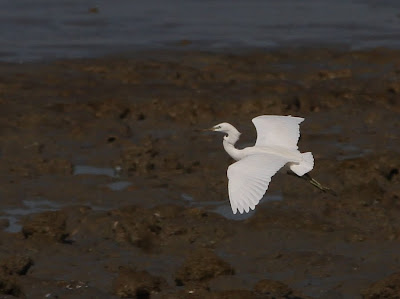 No paradise-flycatchers, but I couldn't resist scanning the mudflats, and was rewarded with a flock of 50 (exactly!) Black-tailed Godwits and a lone Chinese Egret.

Having given up on the flycatchers I moved to the paddyfields to look for the Ruff. 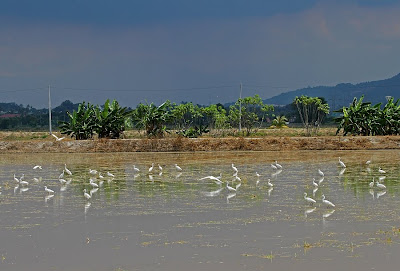 Lots of egrets, not many waders! 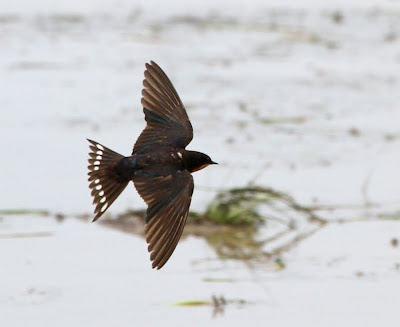 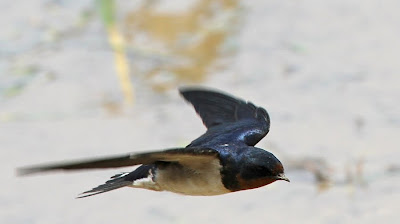 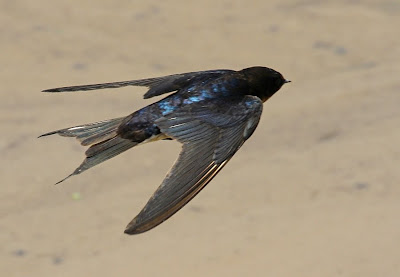 A flock of feeding hirundines gave me a chance to take a few hundred shots, of which I kept about three! These are Barn Swallows. 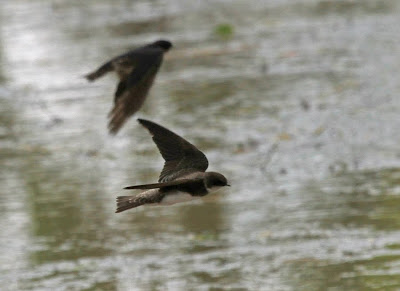 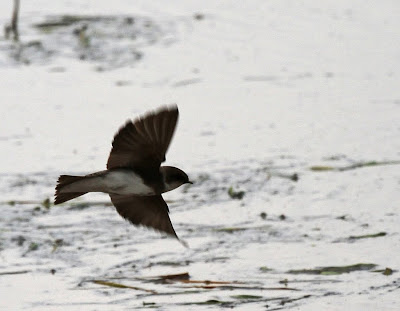 What interested me most though, was another of 'those' Riparia martins! 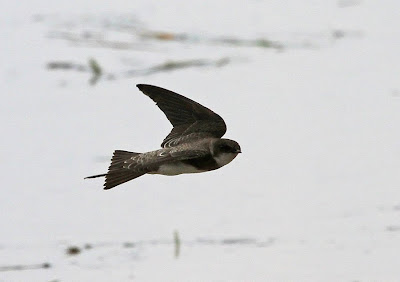 I'm pretty sure if these were in Hong Kong they'd be called Pale Martins. They certainly look identical to the birds they photograph there. 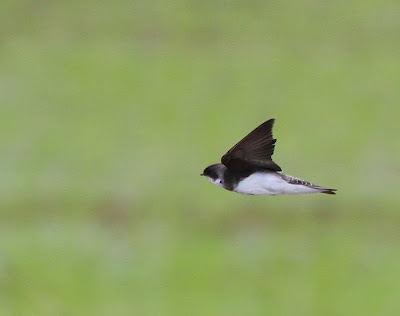 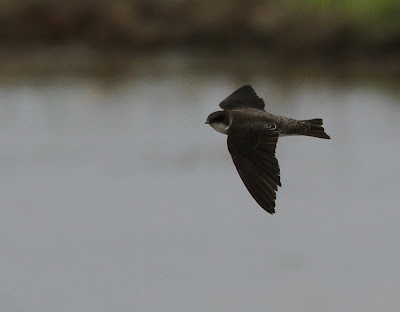 The tail 'fork' is negligible and the bill looks tiny. But the problem is, we only seem to get this 'type', so it's difficult to compare them with anything. They're either all 'ijimae' Sand Martins or all 'fokhienensis' Pale Martins! It's difficult to find good photos of undoubted eastern Sand Martins on the web to see how similar or different they are from these. So for now, all records of Sand and/or Pale Martin in Malaysia are 'on hold', till we work out how to tell them apart!
Posted by digdeep at 11:19 am