A quick trip to Tanjung Tokong in an attempt to take pictures of "White-feaced/Swinhoe's" Plovers was foiled by the absence of plovers of any kind. There were a number of people fishing on the beach, and the clouds were threatening to dump large quantities of rain at any moment. 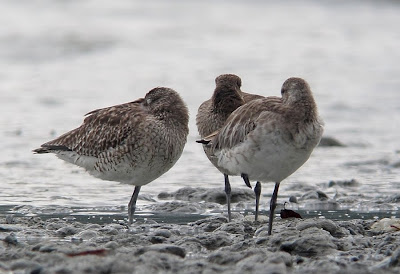 There were twenty Whimbrel and a couple of Bar-tailed Godwits - easy to overlook when they're asleep. 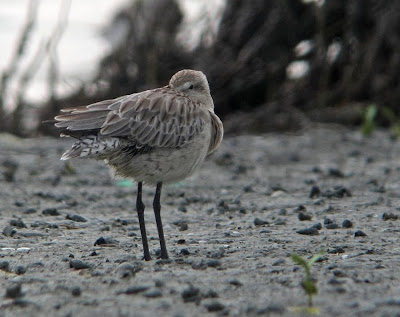 After seeing adult 'baueri' Bar-tailed with plain unbarred tails in Australia, I was especially keen to get a look at the tails of these birds. Only one obliged, and, as far as I could see, this 'menzbieri' adult had an unbarred, plain brown tail! 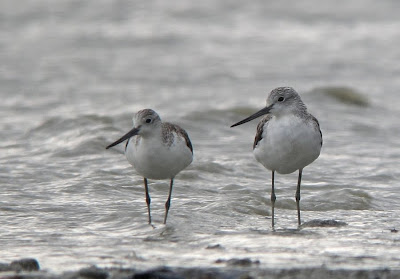 Common Greenshanks were the most numerous species after Whimbrel. 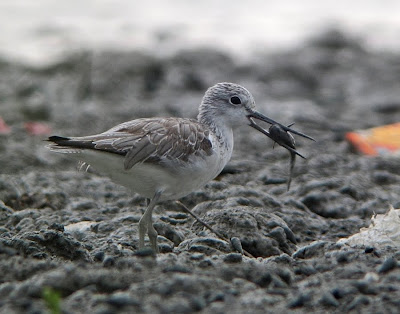 The flock was rushing about in the shallows chasing fish - mudskippers by the look of this one. 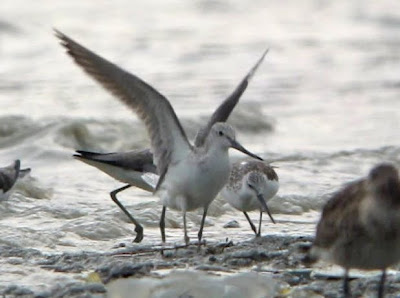 So, after all, a not unproductive visit to my old birding haunt!
Posted by digdeep at 9:09 pm

Nope! Looks like a catfish to
me, about the only thing I may
beat you in ID.

OK - need to brush up on my seafood id!