I was over in Sarawak again for another round of waterbird surveys. The original plan had been to start with a heli survey of the Bako-Buntal Bay area, but this had to be postponed because all the helicopters were booked up by the Deputy Prime Minister and his entourage, who had decided to visit at the same time (not for waterbird surveying though!).

Plan B was to survey various areas near Kuching. In addition we carried out a number of training workshops on waterbird id and counting techniques. 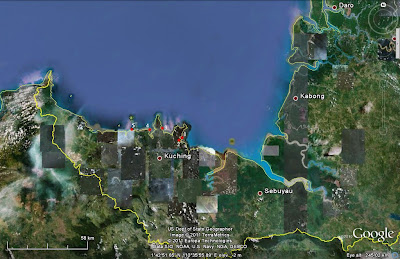 Today we visited Pasir Puteh (Site 1 on the map). 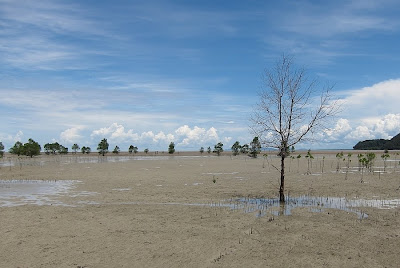 The tide was far out but rising when we arrived (we being Rose Au, Daniel Kong and volunteer David Li from Sungei Buloh NP in Singapore). 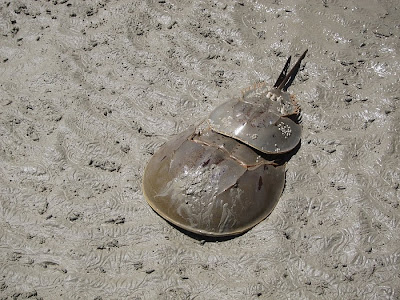 Many local women were leaving the flats as we arrived, carrying their hauls of shellfish and horseshoe crabs. This pair (the smaller male on top) were locked in a mating embrace even after having been caught and carted off for the pot. Healthy wetlands are vital to local economies as well as waterbirds! 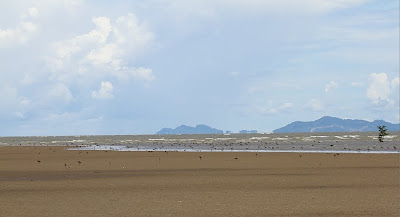 We were a little concerned by the speed at which the sandflats were being vacated by the locals, but we were soon distracted by the presence of large numbers of waders along the shoreline. 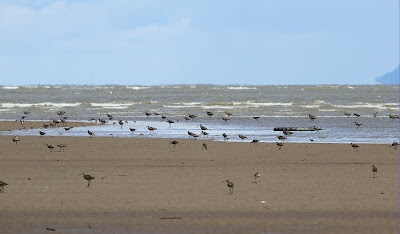 The shimmering heat haze played havoc with attempts to take pictures. You can just about make out a dense flock of Bar-tailed Godwits (some already in breeding plumage) and Gull-billed Terns, with a large flock of Kentish Plovers in the foreground. 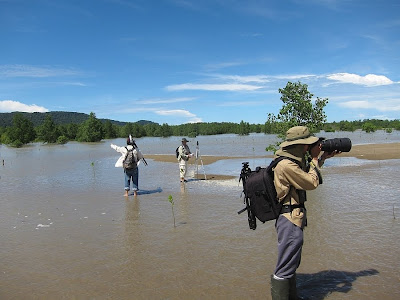 In any case, it rapidly became apparent that there was no time for photography! David Li is seen here saying: "Er guys, I think we should be heading that way...NOW!" We barely managed a count (over 4,000 birds) before legging it shorewards. The speed of the advancing tide was scary - about as fast as we could walk. Fortunately the sand beneath our feet was firm. 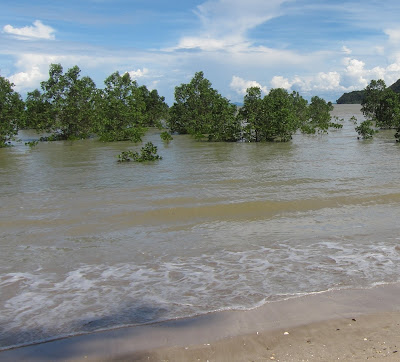 This photo was taken moments later from the safety of the shore! Compare with the first photo (above) with the same headland on the right of picture.
Posted by digdeep at 12:29 am