After the weekend, this was our first full day at the lighthouse. I was keen for my kids to experience the awesome spectacle of thousands of raptors pouring overhead, as they had in the past two days, but it was not to be! Fewer than a thousand OHBs today, and most of them passed distantly rather than overhead. Fortunately, the local fauna did not disappoint! 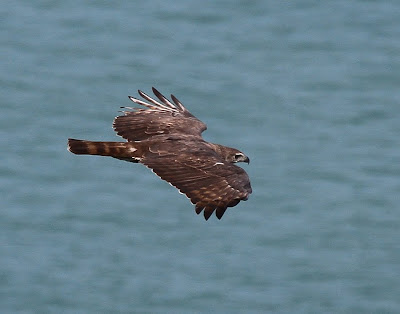 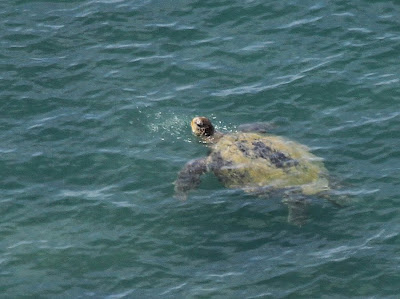 In the sea below us, four or five Green Turtles surfaced regularly. 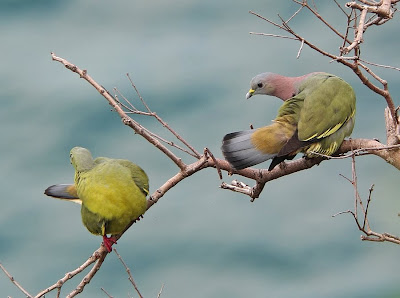 In mid-morning a number of Pink-necked Green-pigeons preened and generally put on a fine show for an appreciative audience. Coming from the UK as I do, there's still something wonderfully bizarre about a 'green' pigeon! 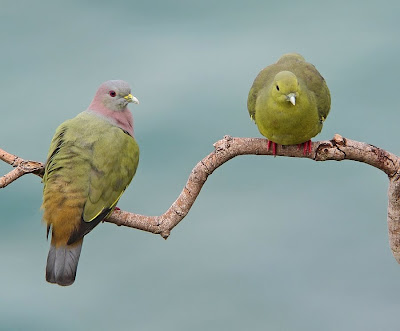 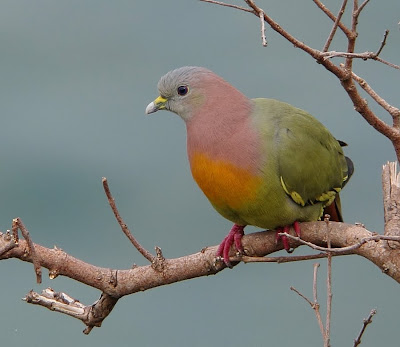 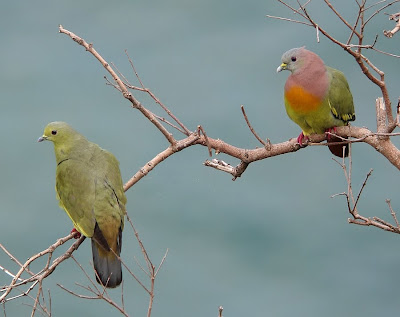 Sometimes you need a beginner (like my kids) with you to to fully 'see' the beauty of a common bird! 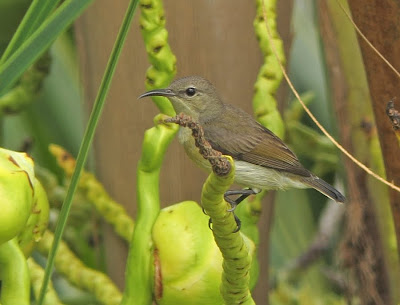 Best of all for me were a number of Van Hasselt's/Purple-throated Sunbirds feeding on coconut flowers below us. These birds seem to descend to flowering plants in Singapore, but in Peninsular Malaysia, I've only seen them in forest canopy high overhead. So this was a rare opportunity to watch them at eye level. 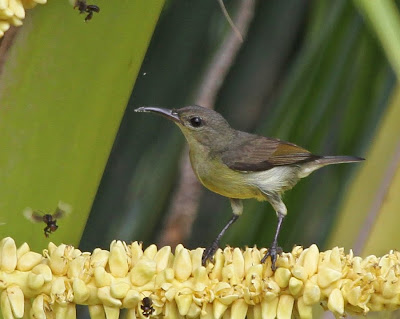 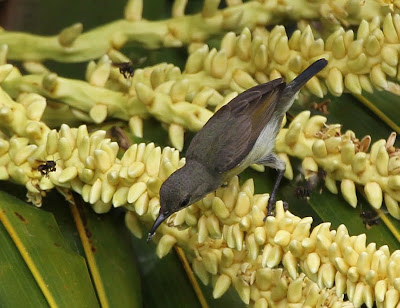 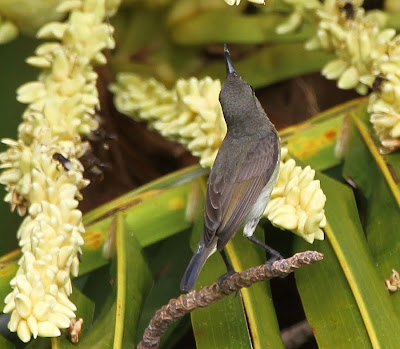 Females are quite subtly plumaged. The bright yellowish-olive wing panel and blue-glossed tail stand out from the relatively featureless plumage. 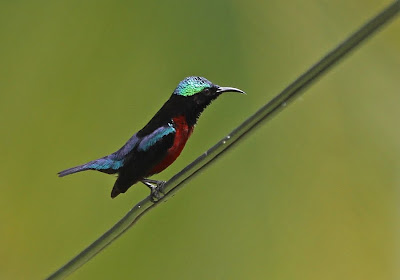 "Subtle" is not a word you would use to describe the males! We were observing the birds feeding on the coconut nectar at some distance , while below us were some other videographers quietly filming the birds. Suddenly the male flew from the coconut straight at the people below, whizzed just past them and landed on a wire next to the lighthouse wall, about 10 feet away, spitting fire! No-one was using flash or playback, or doing anything untoward, but there was little doubt that this little bird was 'mad' at us, and came to give us a piece of his mind! 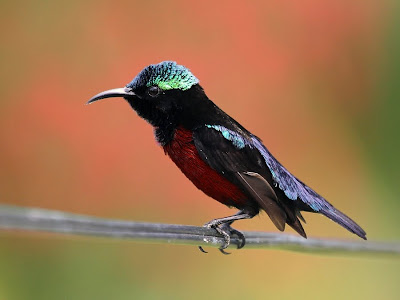 He was also vigorously defending 'his tree' from other sunbirds in the area, so I can only assume he saw us as potential competitors, after his nectar! He was probably also super-hyped from all that pure sugar! 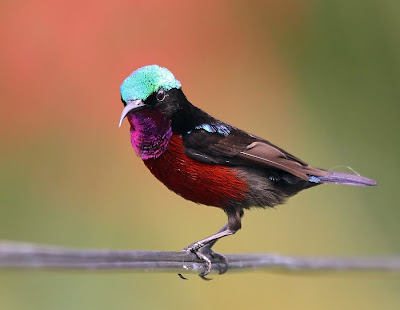 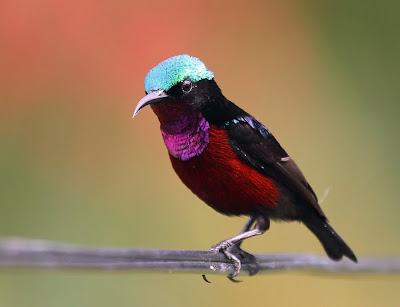 His stunning plumage and fearless 'cili padi' behaviour made him an instant favourite!
Posted by digdeep at 2:37 pm

What colours? never got this close.

what a colourful page :) I luv it!

Wow! what a shot of the purple necked sunbird and the pink necked pigeon, they're simply wonderful!

Superb shot of the Purple Throated...i'm dying to get another shot of it!