Our last morning, and there were very few migrants to report.

I spent quite a bit of the morning teaching my daughter how to tell swiftlets from swallows. The easiest way to tell them apart, apart from the obvious differences in colour and shape, is the flight style. Swifts and swiftlets flutter their wings up and down (a bit like bats), while swallows row their wings back and forth, holding them close to the body on the back stroke. By the end of half an hour or so she was picking both out confidently! 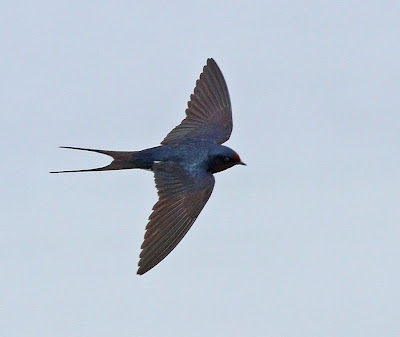 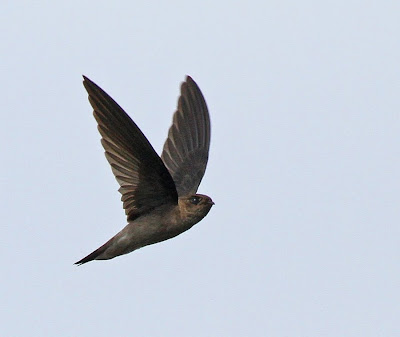 A Germain's Swiftlet in mid-flap!

So that's it for Tanjung Tuan and raptor migration! Before I leave the topic of raptors for a while, Peter Harris sent me some great pics of European Honey-buzzard for comparison with Oriental. European hasn't been recorded in the Oriental region as far as I know, and it's not a likely candidate. They do both occur in the Middle East, where Oriental is a scarce annual visitor. 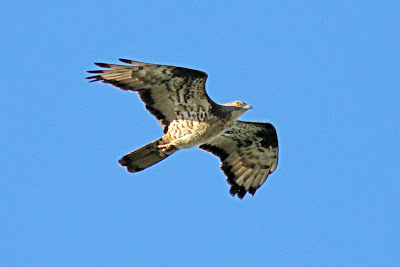 An adult male. These differ from Oriental in having an obvious dark carpal patch, yellow eyes, and five, rather than six 'fingers' in the open wingtip. 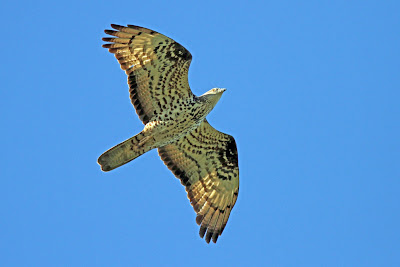 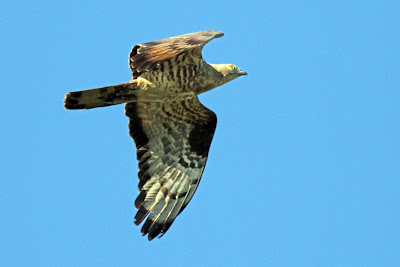 Subadult males - note the fine barring on the flight feathers. 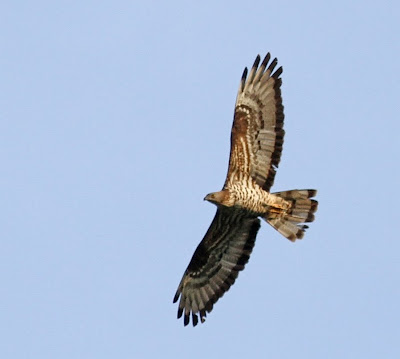 I think this is another male, but I could be wrong![EDIT: Confirmed as a male by 'Tideliner' on BirdForum] 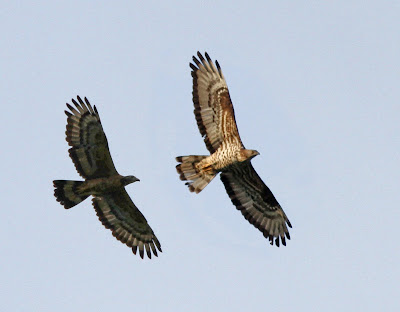 The same bird pasted next to a male Oriental. The less prominent head of European is obvious, as is the different wing formula, and lack of solid carpal patch on the Oriental. The European seems to have longer, slimmer wings, but this may just be the effect of a slightly different angle. 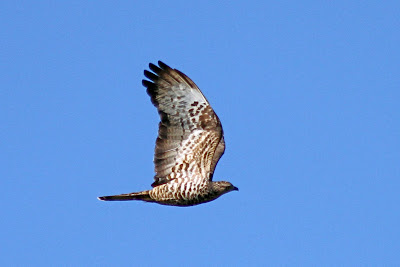 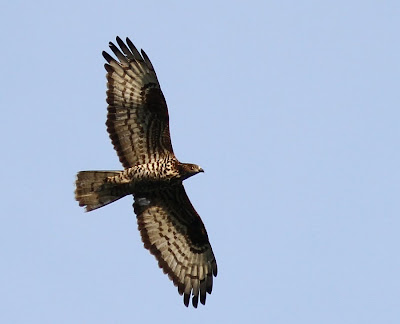 A couple of female European HBs. 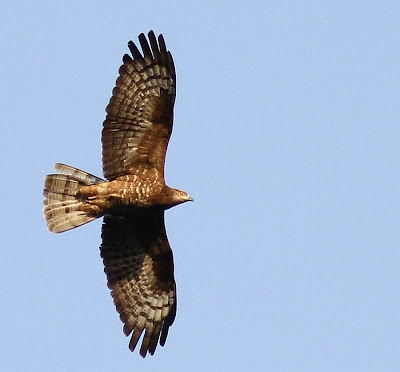 And a juvenile, which has curiously square-ended primaries, looking as if they've been chopped off! [Edit: Correction - this is a female. Thanks to 'Tideliner' for these corrections and confirmations!]

Thanks to Peter, for the use of his excellent and informative pics (all taken in France)!
Posted by digdeep at 3:17 pm

Unknown said...
This comment has been removed by the author.
4:02 pm

Amazing comparation!
I´m a great fan of this blog.
I agree with the sex id in the 6th photo. Females hasn´t any gray in the head. Here´s an specially recommendable website for the western (spanish) birds id and ageing.
Best regards.
Jesús Díez (Granada-Spain)

Thanks Jesus, for your comments and excellent link.

This is a great posting David. This is nothing but pure excellence. I really hope to be able to use this for a future visit to Israel to search for Crested HB whilst witnessing the European HB passage. Really great stuff. Amazing!