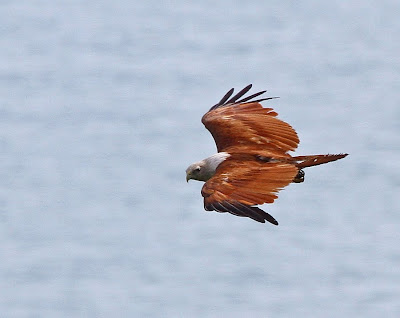 A few more of the locals. This is the scruffier of a pair of Brahminy Kites. It seems to have only two tail feathers left! 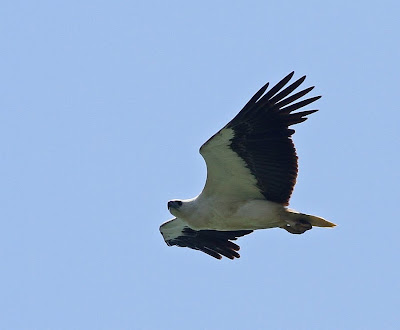 An always regal-looking White-bellied Sea-eagle. This male regularly hunted in the sea below us, catching fish and a sea-snake. 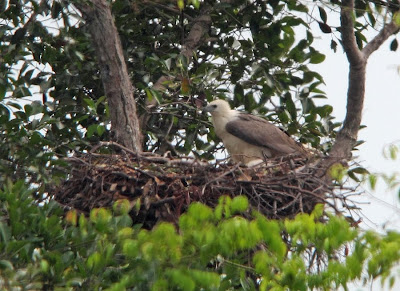 He was kept busy by two growing youngsters in this nest, viewable from behind the lighthouse. This pic was digiscoped; the nest was a good kilometer distant. 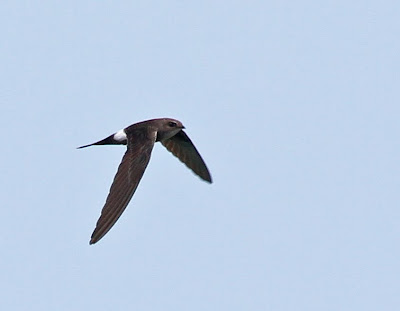 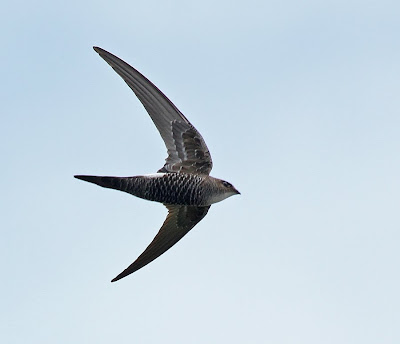 I had been hoping to see and photograph a few other diurnal migrants during our time here, but was surprised at how scarce these appeared to be. Barn Swallows came across in one and twos, and very occasionally, we would get small numbers of Fork-tailed Swifts coming 'in off'. I spotted this one while it was well out to sea, ran to get my camera, ran back, and managed to find it again just as it whizzed overhead, so was quite pleased to get 2 out of 4 shots reasonably sharp! In fact, this last pic was probably my 'Pic of the Trip'! 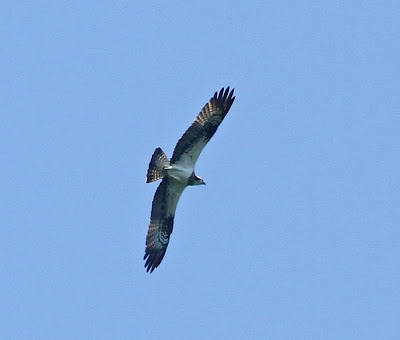 This female Osprey was the second in our few days (I missed the first one!). This one thermalled up to join a flock of Black Bazas flying high overhead.

Not so many OHBs today. Here are three which passed close. 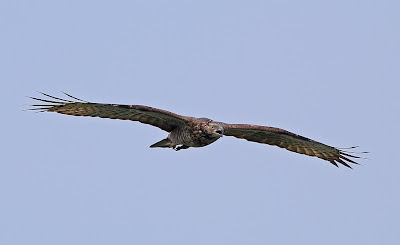 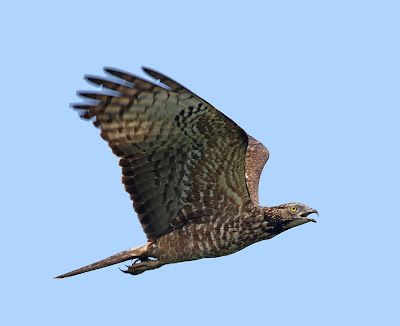 A female, I think. 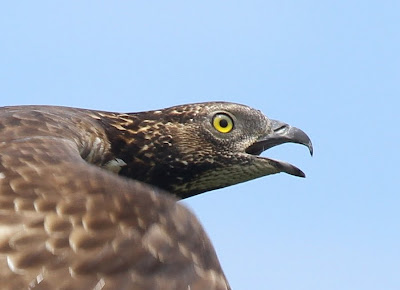 In this view, you can see how dense and small the feathers are on the face - to protect the bird from bee stings when it goes after honey. You can also see a strand of saliva in its open bill! The scale-like feathering gives them a reptilian appearance! 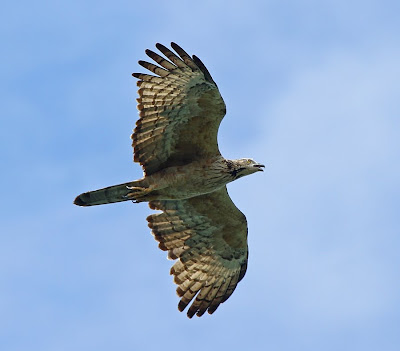 Another female, with a finely streaked breast. 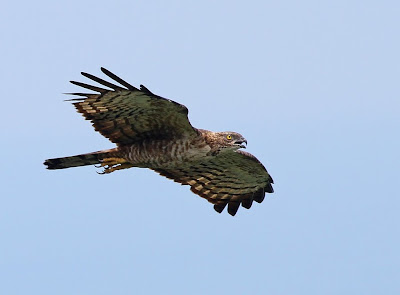 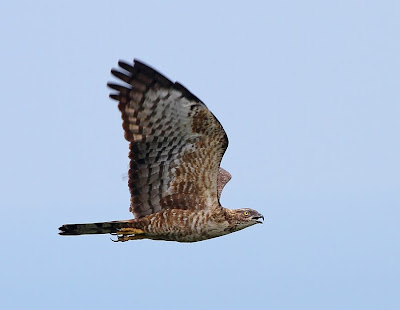 A juvenile to finish off with, with dusky secondaries, and very clearcut black outer primary tips.
Posted by digdeep at 12:54 pm

Could be a tropical replacement for the ski-and-shoot event at the Winter Olympics !